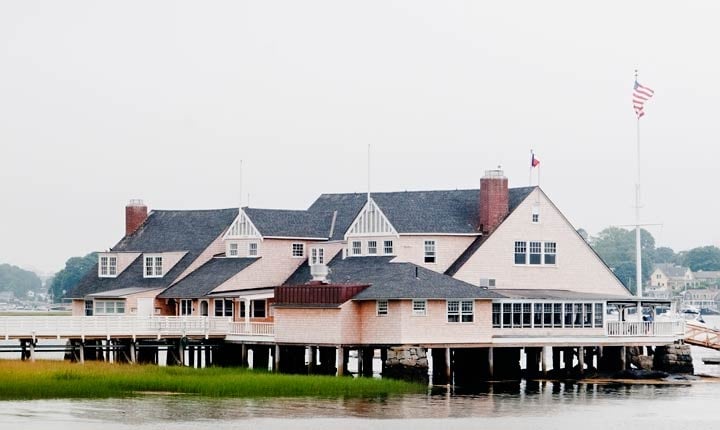 Annisquam Yacht Club Gloucester, MA is situated on the Essex Bay end of the Annisquam River. The building is literally out over the water connected to land only by a two hundred foot walk way. A valve house was constructed on the main land to enclose our back flow preventer, dry pipe valves and a corrosion inhibiting system. The corrosion inhibiting system consists of a Nitrogen generator, nitrogen storage tank, auto purge systems for each zone and a nitrogen purity tester. A dry sprinkler system air compressor is provided to initially fill the sprinkler systems within 30 minutes as required by NFPA 13. Over a two week period the air is automatically purged and replaced with nitrogen. 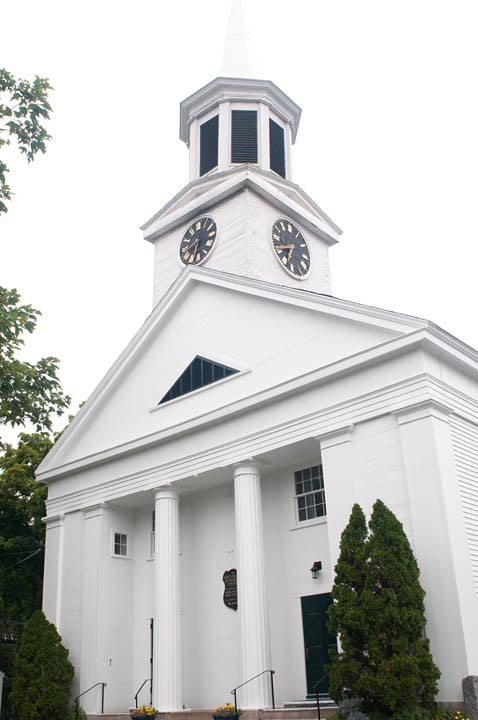 First Church in Wenham MA was founded in 1644. The current meeting house was built in 1843. The sanctuary was beautifully built with “old growth” wood; it has been carefully maintained and continues to provide an inspiring space for worship. The old “vestry building” built around 1835 was expanded and connected to the sanctuary in 1952. In 1961 the area beneath the sanctuary was excavated and converted to classroom space. Metro – Swift was chosen to provide the design and installation of a complete fire sprinkler system for the entire property.
Governor's Academy 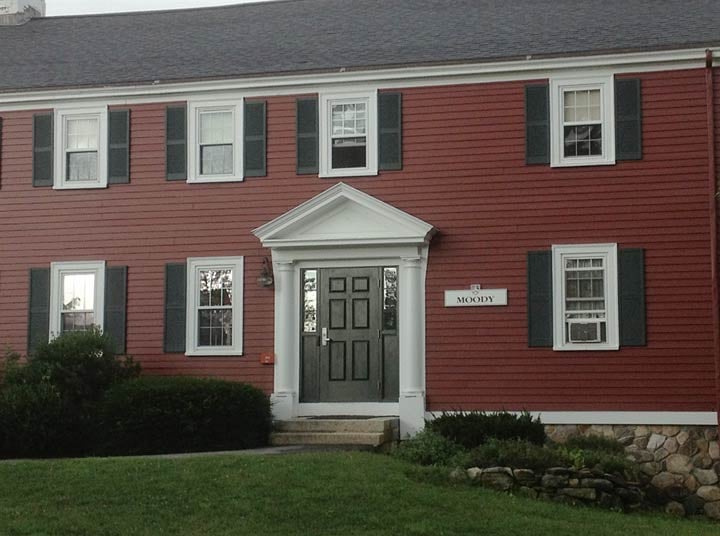 The Governor’s Academy is the oldest continuously operating boarding school in America. Founded in 1763, the Academy opened its doors more than a decade before our nation was born. Paul Revere created the first seal for the school. Samuel Adams and John Hancock signed the school’s Incorporation Charter. John Quincy Adams served as secretary to the Board of Trustees. Metro – Swift has designed and installed the fire sprinkler systems for many of the dormitories at Governor’s Academy. The Governor’s Academy possesses many historical materials. The artifacts and documents are stored in an environmentally-controlled room on the top floor of the Library. Metro – Swift designed and installed a preaction fire sprinkler system to protect these irreplaceable items. 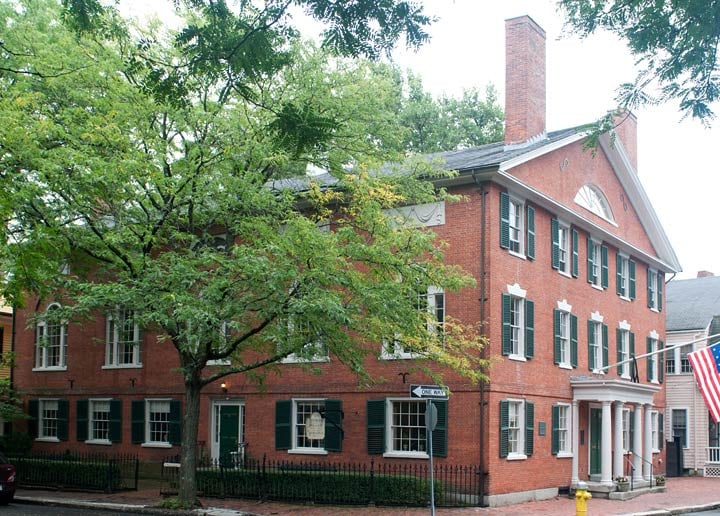 Hamilton Hall in Salem MA is widely recognized as one of the most important Federal buildings in America. In the early 1800s, the Federalists and Jeffersonian Republicans were constantly pitted against one another. Each party was determined to have a meeting place, which led to the construction of Hamilton Hall by the Federalists.  It was designed in 1805 by the famous architect and master woodcarver, Samuel McIntire. For over two hundred years, Hamilton Hall has hosted many outstanding social and cultural events including weddings, lectures, and dinners for heads of state. Hamilton Hall was designated a National Historic Landmark in 1970. We worked closely with the Owner and Architect to produce a design and installation that preserves the beauty of this historic building. 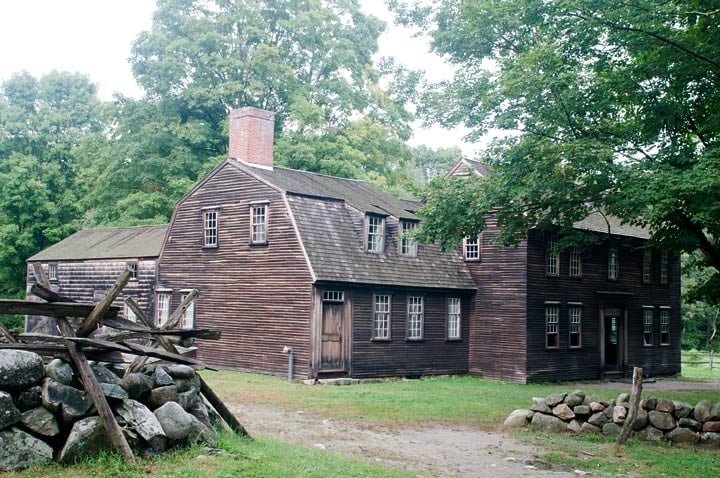 Metro swift designed and installed the fire sprinkler systems in three historic buildings at Minute Man National Park. Sprinklers and pipe needed to be located within these historic structures to minimize the visual impacts without affecting the functionality of the systems.
Hartwell Tavern
The Hartwell Tavern was built in 1732. It was here at the time of the battle on April 19, 1775. In 1756, Ephraim Hartwell received a license to open part of their home as an inn. He and his family continued to run the inn until the 1780's. On the night of April 18th, 1775 British soldiers captured Paul Revere and William Dawes just down the road from the Hartwell Tavern. Samuel Prescott, who was riding with them, escaped by leaping his horse over a stone wall. When he came to the Hartwell Tavern, Prescott awakened Ephraim and told him that the British regulars on the march. Ephraim sent his slave down the road to awaken Samuel Hartwell. The message was relayed to Captain William Smith, commanding officer of the Lincoln Minute Men and they arrived at the NorthBridge before the British soldiers got there.
Elisha Jones House
The property is one of the earliest settled in Concord in 1663. In 1775, the house and land were owned by Elisha Jones.
On the morning of April 19, 1775, Elisha Jones stayed at his home to protect provisions that had been entrusted in his care. After the exchange of fire at the north bridge, Jones reportedly popped out.  A British regular fired at Jones, striking the shed where he had emerged. Thus the "Elisha Jones house" is commonly known as "the bullet hole" house.
Buttrick Cottage
Buttrick Cottage is a historic structure that has been converted into park service offices and the park library. The library holds historic documents.
Peabody Essex Museum 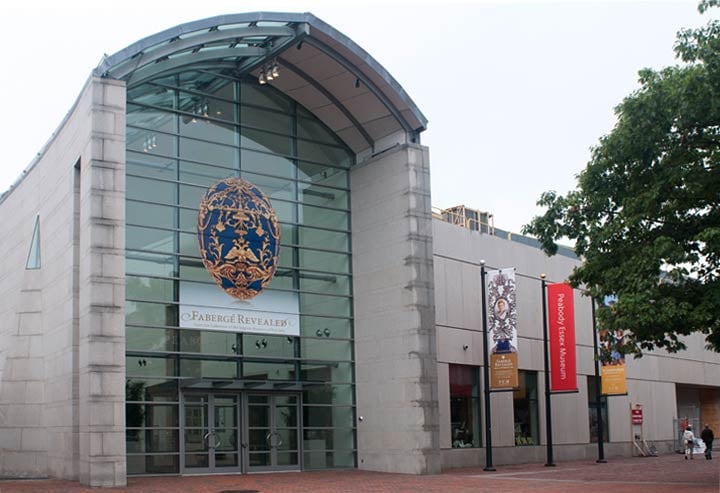 Peabody Essex Museum Salem, MA has been a valued client of ours for over two decades. PEM is one of the largest and most dynamic art museums in the nation with direct attendance 250,000. We were the sprinkler system contractor for the 113,000 square foot addition with its soaring Atrium spine and new galleries. We installed a complete sprinkler system to the Yin Yu Tang building – The only complete antique Chinese house located outside of China, a sixteen bedroom home built during the Qing Dynasty, disassembled and moved from China to Salem. Most recently we have been working on the first phase of the 175,000 square foot expansion included master planning and the renovation of the Dodge wing, with a new and expanded Art & Nature Center. 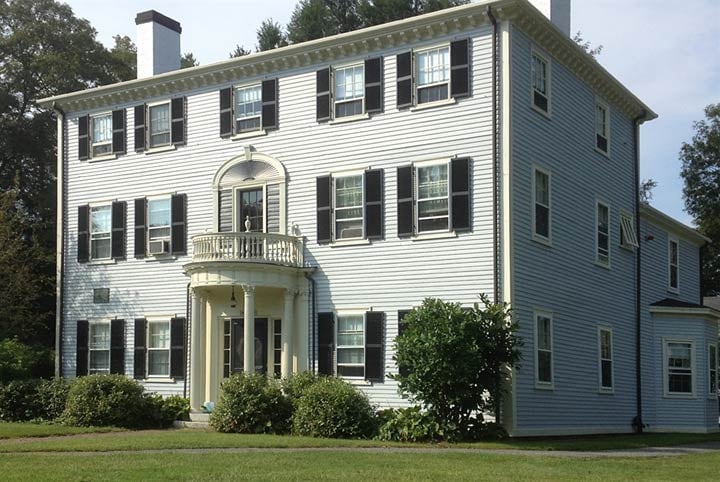 Phillips Academy in Andover, Massachusetts, is the oldest incorporated boarding school in the United States. The Academy was founded at the height of the American Revolutionary War in 1778. Metro – Swift was the fire sprinkler contractor for the retrofit installation in three student dormitory buildings. As is often the case this work needed to be one hundred percent complete while school was out for the summer. 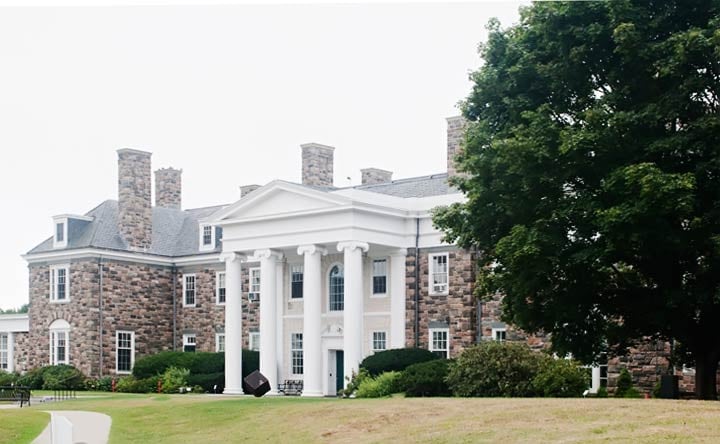 Pingree School South Hamilton Massachusetts is a client we have had the privilege of serving for many years. In 1960, Mr. and Mrs. Sumner Pingree gave their home and fifty acres of land as the site of the school. Pingree opened the following year as a school for girls. In 1971 the school became coeducational.
The Mary Weld Pingree Center for the Performing Arts, which houses a 425-seat theatre, art rooms, music rooms and additional classrooms, was completed in 1987 with complete sprinkler protection provided by Metro-Swift.
We provided the sprinkler system for the H. Alden Johnson, Jr. Rink in 1988.
In 2004, the new Academic Center consisting of over 25,000 square feet of state-of-the-art teaching and learning space opened, complete with sprinkler and standpipe systems. Metro-Swift was awarded an excellence in construction certificate of commendation by the Associated Builders and Contractors for our work.
We installed new fire sprinkler systems in the existing cafeteria, kitchen, locker rooms, the Weld Field House and the library. While a great deal of planning went into the entire sprinkler retrofit project, what we are most proud of is the installation of fire sprinklers in the existing mansion that was constructed in 1941.
Fire Pumps 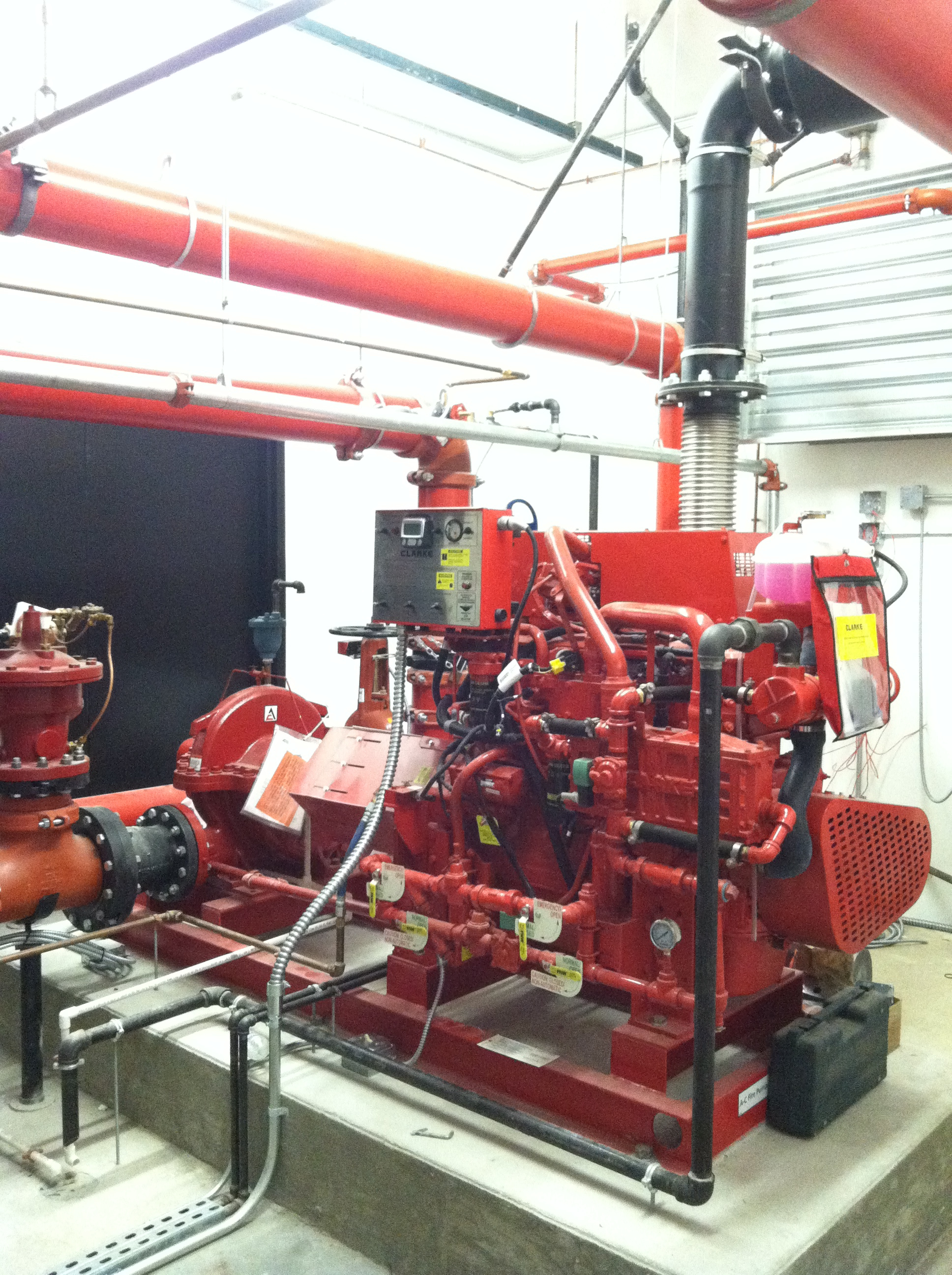 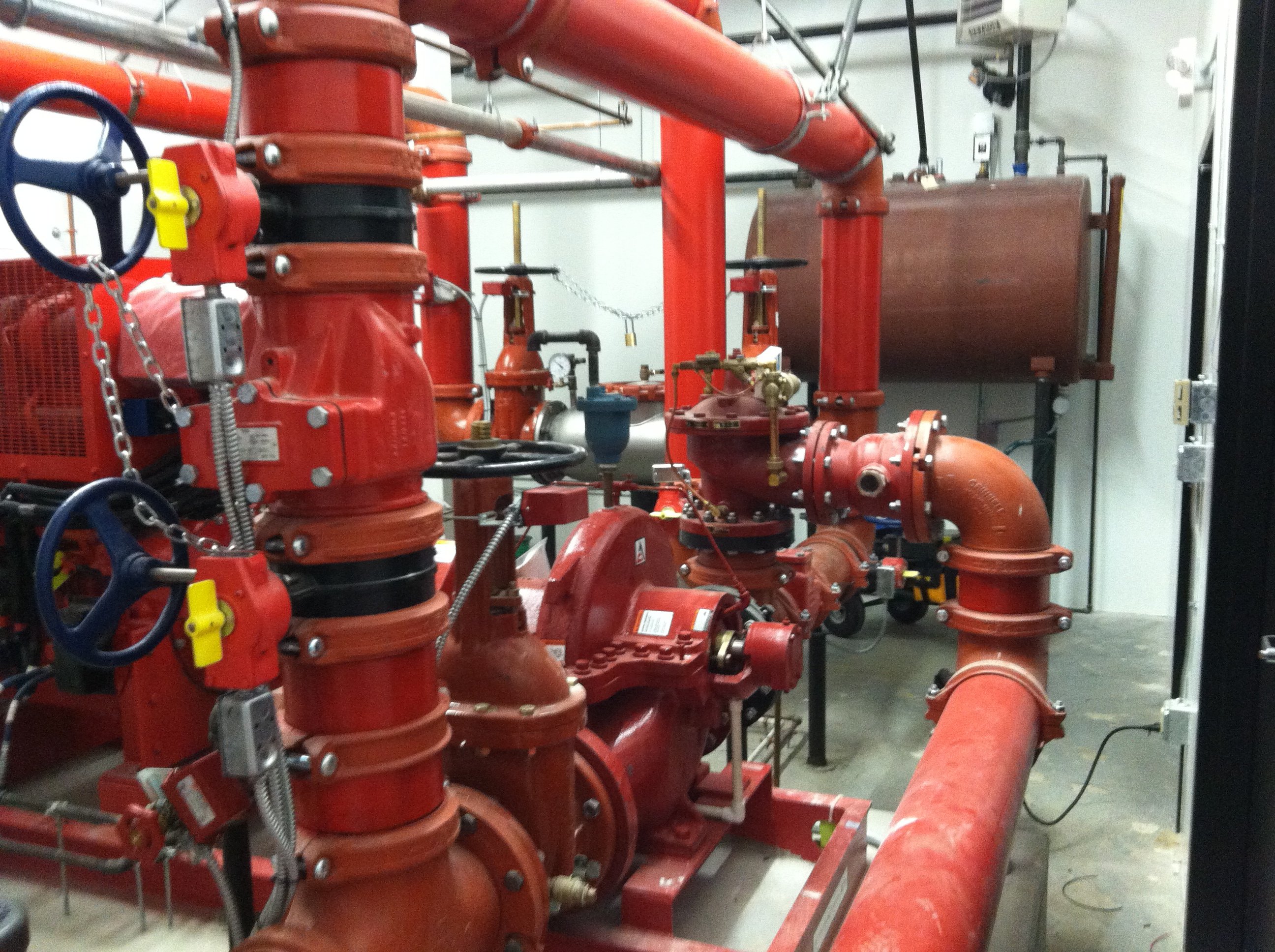 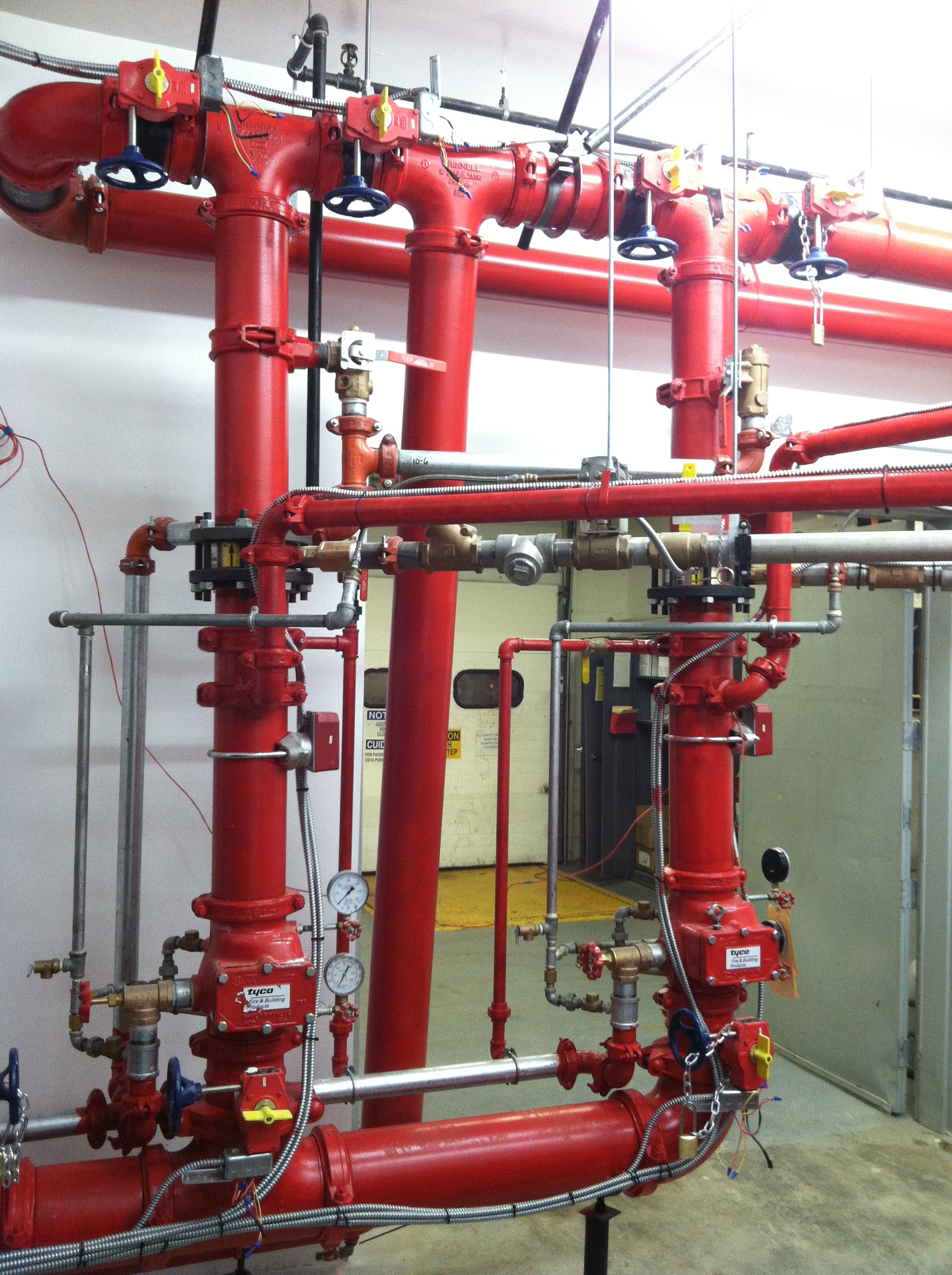 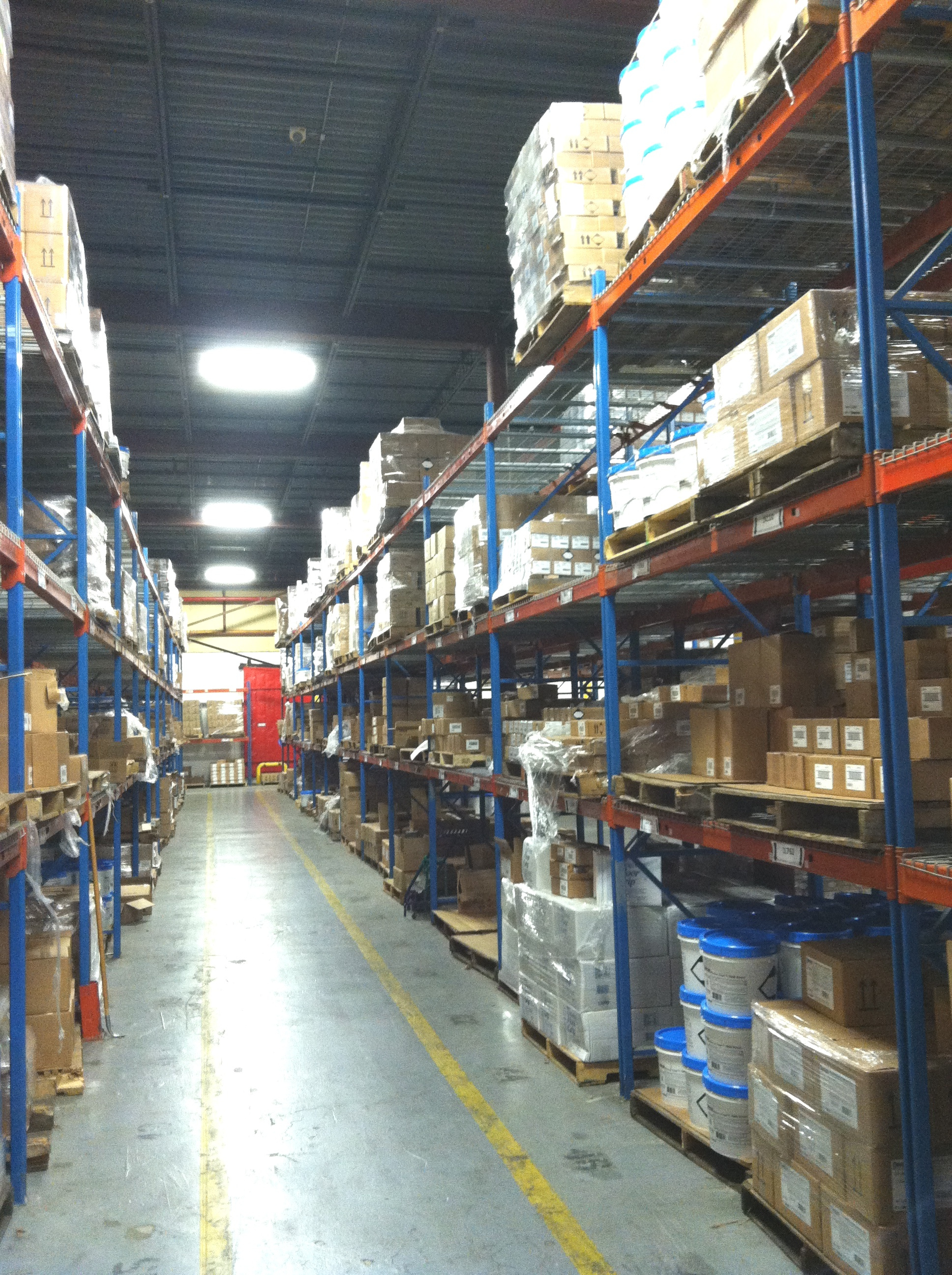